Pinching in the front of your hip?

Pinching in the front of the hip can keep you from doing what you love, but it doesn’t have to.

The majority of hip problems, or hip pain, actually has an origin in the lumbar spine. Meaning that if we can find a directional preference to move the spine in, we can decrease the symptoms in the hip. The nerves that supply the muscles of the hip come from the low back.   In order to understand how the pinching occurs in the front of the hip and what structures are being pinched we need to do a little deep dive into the mechanics of hip movement.

The hip is a ball-and-socket joint. The acetabulum is joined by the femoral head to create the hip joint. The joint is supported in the front by 2 ligaments: iliofemoral and pubofemoral which help to form the anterior joint capsule. And it’s supported in the back by the ischiofemoral ligament. During hip extension these ligaments provide a “twisting” mechanism to help stabilize the femur in the acetabulum. Another structure that helps support the hip is the labrum which serves to make the hip socket deeper and thus more stable.

The hip moves in all 3 planes (sagittal, coronal, and transverse) and with every movement there is a subsequent movement inside the joint to accommodate the rolling femoral head. As the leg goes into flexion there is posterior glide of the femur, and as the leg goes into extension there is anterior glide of the femoral head. These accessory movements are meant to be small so that the head of the femur stays in the center of the acetabulum throughout all movements. Too much accessory movement could create problems within the joint.

There are several things that could cause too much accessory movement leading to pinching of the anterior capsule.

1)    An imbalance in the muscles that extend the hip

a.     If the hamstring becomes the dominant hip extensor than the hip will have more anterior shear than it should when going through extension. The gluteus maximus, another hip extensor, is supposed to control the femur inside the acetabulum. If for some reason the glute cannot control the femur, the hamstring will attempt to control it. Remember, the femur wants to stay in the instantaneous center of rotation.

a.     An inability to properly stabilize the spine and pelvis can lead to the hip being in a state of flexion. This can actually leads to a dominance of the hamstrings and decreases the moment arm of the gluteus maximus to control the femur.

3)    Tightness in the posterior capsule/external rotators

a.     Again, when the pelvis moves forward into an anterior tilt, the pelvic inlet also goes into abduction and external rotation. This tightens the posterior capsule and doesn’t allow the hip to move posteriorly during hip flexion. Because the hip cannot glide posteriorly the anterior capsule becomes vulnerable.

5)    The psoas not being the primary hip flexor

a.     The rectus femoris and TFL are the other two muscles that can create hip flexion. If the TFL becomes the main hip flexor then you’ll see internal rotation with hip flexion that will put stress on the anterior capsule.

As you can see, the majority of problems leading to pinching in the anterior portion of the hip have to do with how the spine is being stabilized. How the spine is being stabilized is related to the position of the ribcage and pelvis. Most people think that they need to release their hip flexors in order to find relief from pinching in the anterior hip, however, the iliopsoas tendon actually has the ability to protect the anterior capsule if it is 1) strong enough and 2) in the right position to create optimal torque. 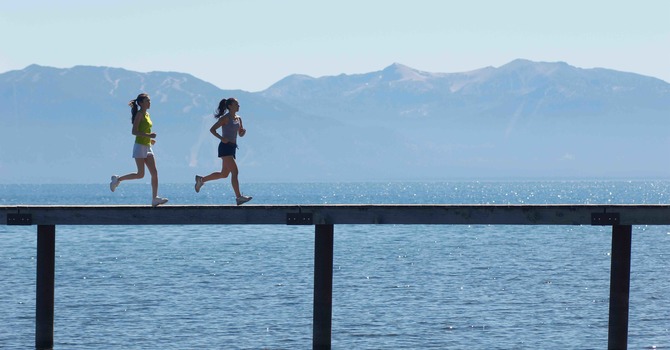 The Importance of Exhalation

The Body is Asymmetrical